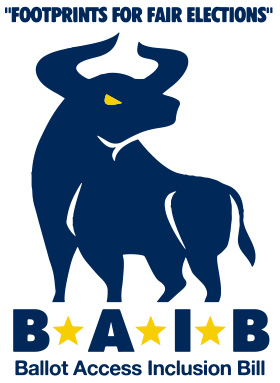 On February 7, 2019, a press conference was held at the Minnesota State Capitol to announce proposed legislation to reform outdated statues to stop preventing ‘third party’ candidates from getting on ballots to run for state offices ~ statutes that penalize you for supporting more choices.

Without making crucial changes you could be imprisoned or fined just for helping new and different people get on ballots. Truth.

We took reform bills (SF752/HF708) to the minnesota legislature and they never allowed a vote. Heck they won’t even allow a hearing! Even though they were authored by a sitting Republican and sitting Democrat and got endorsed by every major and minor party in MN (not called Republican or Democrat) the Committee chairs simply shot them down. Shocker.

So now the Libertarian Party of Minnesota is going to court and taking along a copy of the U.S. Constitution. We will challenge the arbitrary and capricious laws together with your help.

The state should not be allowed to stop any and all voices they want to, simply because they do not align with a pre-existing ideology. Major parties are not the only voices of the people!